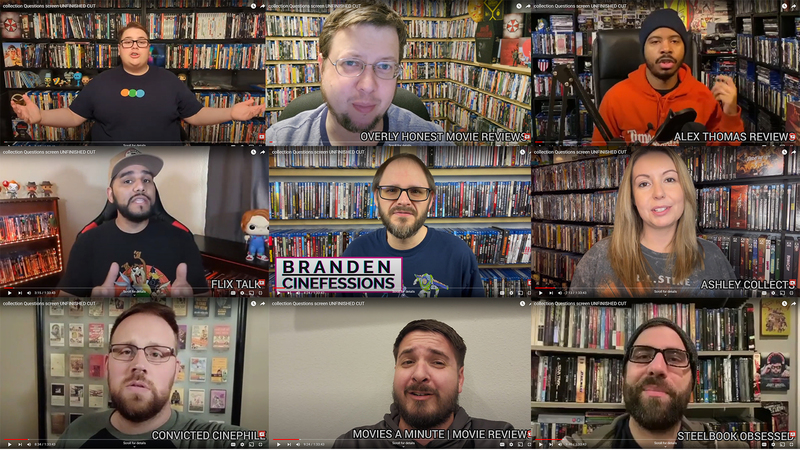 Make sure to head over to gofund.me/de2abdf7 and donate what you can so we can get this film on physical media!

RAVING REVIEW: What do you get when you combine a whole boatload of TikTok/YouTube “celebrities” and ask them questions about their physical media collections? You get some of the most passionate, heartfelt, geeked-out moments you could imagine.

So I got to feature in this fun project, the first-ever directorial debut of Roger Arthur. Roger is a TikTok/YouTube personality that has talked about his passion for film, collecting, and more for a while now. He embarked on a project that took “social” media to the next level. He reached out to almost 100 other creators in the physical media community and simply asked them questions about their history with collecting.

The results speak for themselves (get it?) Anyway, this is a long-form sit-down interview with collectors that form one of the most passionate and heartfelt communities you’ll ever see. The people in this film aren’t actors, heck most haven’t ever set foot on a film stage, but what they do have in common is their love for physical media and collecting. The movie shows the sincerity of what these people are about (including myself.)

This only works because this group has created its digital community, whether on TikTok, YouTube, or both. You’ll get to see some of the most impressive collections and get a hint as to why physical media isn’t about to die off. Streaming may be a popular pick, but thanks to these dedicated fans, they’ll be able to pop in their favorite film anytime they want.

The fun doesn’t stop there; several of these creators have incredible collections of movie memorabilia, autographs, Funko Pops, and so much more. I can’t wait for COLLECTION QUESTIONS (the sequel) because there’s so much more to see and learn about here.

P.S. I’m the first interview (right after the introduction from Roger himself.)