A Film Unlike Anything I've Seen 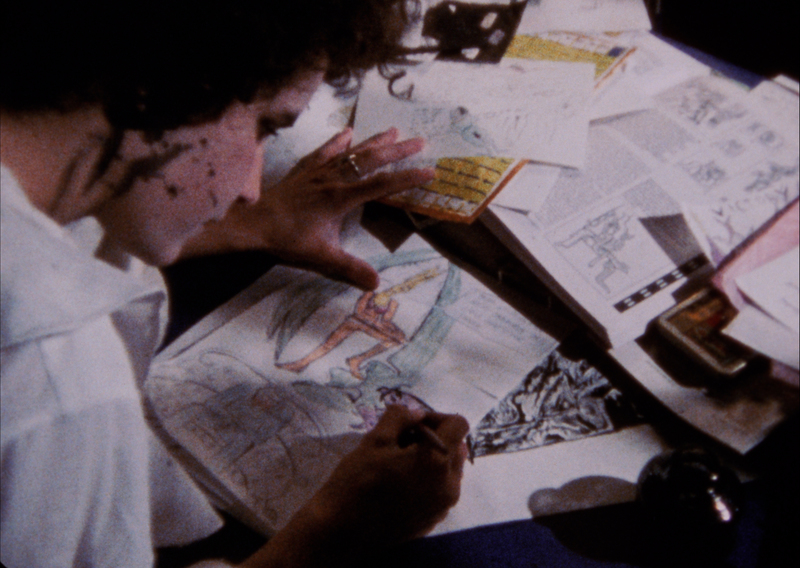 RAVING REVIEW: An experience unlike anything I was prepared for; simply put, the film is the definition of an experimental film with a clear message; the question is, will you be able to see that message?

“FLAMING EARS is a pop sci-fi lesbian fantasy feature set in the year 2700 in the fictive burned-out city of Asche. It follows the tangled lives of three women - Volley, Nun, and Spy.”

The film was a poetic journey, maybe there wasn’t much of a narrative, but what it lacked there, it made up for with warmth. It’s hard to describe a film like this because there are few (if any) that you could compare it to. This isn't for you if you’re searching for a plot-driven story that will move the sci-fi lesbian story forward. This is what a film-watching experience is, a psychedelic future where the only certainty is that there is no certainty.

Underground filmmaking has always been such an exciting idea, even if it isn’t something I generally find appealing. Honestly, the film wasn’t for me, I’ve never been a massive fan of experimental film, but this experience was almost hypnotic. The intentional use of non-traditional low-budget filmmaking made it so that you never knew what was around the corner.

What this film does the best is throwing out all preconceived ideas of what you think you know or what you think it should be. The outfits, the provocative fantasies, the openness of the moments, the entire film is more than the sum of its parts. This reminded me of a group coming together and wanting to tell a story. However, they then decided that the importance of the film means more with its shock value so people would never stop talking or thinking about what they experienced.